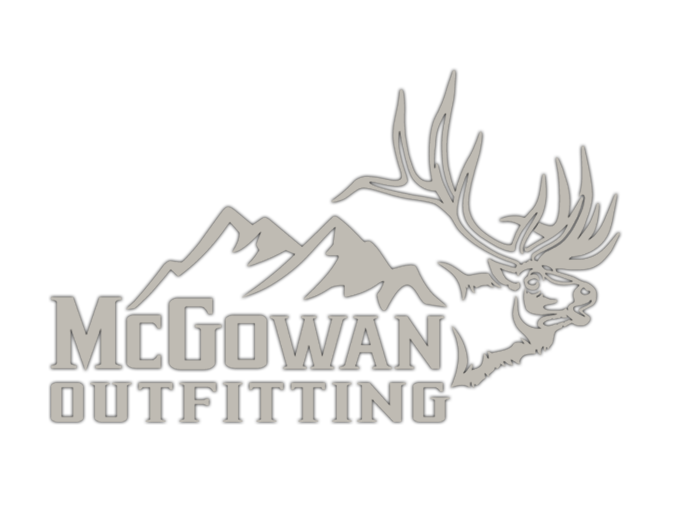 My first guided archery hunt followed after many years of gradual acclimatization to the pursuit of animals in their natural, wild habitat; initially as a wide-eyed, close-following observer (via my husband) and eventually, as a partner in mostly the support sense- to a free range hunting and fishing outfit.Â  Raised in a metropolitan suburb of Washington, DC, but an active, outdoors seeking child; I remember reading Huck Finn and feeling like Iâ€™d found a friend.Â  Shy and prone to day dream, I admired the gumption and independence of a fellow lover of the out of doors.Â  Huck was the shoes and pants-shedding, adventure-seeking, straight shooter I wish I had the courage to be.

The spirit of the West and the promise of a great expanse of natural spaces drew me to it as I graduated college and found my way into adulthood.Â  At this time, my now husband began to introduce me to the depths you could experience in the wild.Â  Not as an observer, visitor, or athlete, but as a part of the process.Â  A link in the chain.Â  It took over a decade of these experiences to decide I would be a hunter.Â  Itâ€™s not an easy decision to make for a person raised so far removed from life and death experiences in general, much less as an active participant in the pursuit of them.Â  A lover of animals, a peaceful, non-confrontational person by nature- the decision to take a life is a soul searching, conflicted one.Â  However, the acknowledgement of being an omnivore, at some point, predicated the desire to discover at exactly what cost that comes.

The pull of archery season, over time, was undeniableâ€¦the shaking off of summer heat, a soft glow from the shadow of another year concluding in brilliant golden cottonwoods along the Salmon River.Â  A hunter will feel the conflicting energies in the air.Â  One, a high pitched vibration from bulls in the rut, their musky scent on a crisp fall breeze, their song a desperate aching call rising steadily in the air; and the other, a low strum of the steady rising sun, its rays falling like a warm silk slip onto the cool, steaming earth.Â  The connection you feel to the pulse of the natural world, the low-humming current that guides all other life currents is life changing.Â  You realize, at once, that you are part of a design much bigger than you could ever imagine.Â  That you are no more significant than the huffing, stomping, head thrashing, beautiful bull elk that you pursue.

My first season hunting with a bow was filled with many storied moments and close encounters.Â  I must admit, I did not have the courage nor the confidence to release an arrow.Â  But it set the stage for becoming a better hunter.Â  And, when in the subsequent season, one of our guides had an emergency and it was left to me to take our first time archery elk client into the process, the magic was there.Â  A salmon flopping along the surface of the Pahsimeroi River in such a thwacking heavy-finned movement, you internalize the fatal cost of the effort along the 900+ mile trip to spawn.Â  AÂ  cacophonous, low flying, flock of geese whiffling, their wings and necks contorted, navigating a sudden change in the wind.Â  A young bull coming in hot, at about 30 yards, looking for a lady to pull in as one of his own.Â  A million small moments of wonder, of incredulity, that every respectful, intentional hunter understands.

The moment arrives, an unusually quiet, hot September evening with very little activity.Â  A decision to move into the willows, discovering fresh elk tracks, and navigating a muddy embankment into the Pahsimeroi.Â  Quietly, ever so slowly, following the meandering banks through the willows until something in the pit of your stomach, a nudging in the back of your mind, encourages you to stop.Â  Looking around at the set up, envisioning the moment, preparing for it.Â  A few intentional cracks of the branches at your hiding spot.Â  A mew, two.Â  Did they buy it?Â  Your heart stops and you hear a step, a crackle.Â  Not your own.Â  Careful now.

A young bull pops up, 50 yards.Â  Searching.Â  A screeching bugle, from a much bigger bull just beyond him.Â  Now, letâ€™s take a quick break.Â  My client is a bad ass.Â  A late-to hunting first time free range archery elk hunter.Â  Alaskan by choice.Â  Tough as nails.Â  She is a respectful hunter with a keen understanding of her abilities.Â  She is a human with a spirit much like my old friend, Huck Finn.Â  I was buried in a willow under cover, she, left to spot range and make the ultimate decision.Â  fffffwhhooof.Â  Over the back, the young bull blowing out of the meadow in stick breaking, heavy hoofed retreat.Â  We reconvene, I move to the right and wait.Â  She field ranges some willows across the stream.Â  I make a few more calls and sense more movement.Â  I see another young bull come to a stop and in a moment of clarity that you can only visualize as a bowhunter, Thwack!Â  A few crashing bounds and silence.Â  A surge of adrenaline courses through my blood.Â  The closest feeling I have ever had to machismo, rises to the surface.Â  I want to cuss, to punch, to yell something to release this intense blood-coursing heat in my body.Â  Now, hearing the ragged last exhalation of death, a moment of intense understanding.Â  A prayer, a heart wrenching feeling of loss and thankfulness at once.Â  A beautiful, living being has died.

It couldnâ€™t be more powerful unless I had released the arrow myself.Â  In that moment, truly, I realized that the emotions that surround this kind of death are just intense feelings of love.Â  Death is not a finality.Â  WE are not meant to live in perpetuity as we exist now.Â  The current of the natural world is tethered to the celestial in some beautiful complex design, felt but not understood.Â  It was the most powerful human experience I have yet had.Â  I could continue on about the pitch black waist-deep stream crossing, the bugling big bulls encroaching, the coyotes chuckling just beyond, the glistening snow falling on the still warm, heat-radiating young bull felled with a perfect shot to the heart.Â  I could mention the convivial spirit of myself, the hunter, and my husband and his spirited, equally bad ass client assisting in a late night to early morning, off-the-back, pack out, myself carrying the choice meat and entirety of the head in my hands, the others full quarters over their shouldersâ€¦

There is absolutely nothing like the challenge.Â  There is nothing like the soul navigating the course of a pursuit.Â  Each moment, indelible.Â  That elk lives within me, in more ways than its sustenance provided.